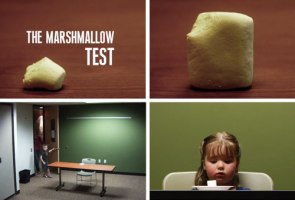 In 1972, a group of Stanford University psychologists conducted an experiment on delayed gratification using . . . marshmallows! Children sat at a table with one marshmallow in front of them. They could eat the treat immediately; but if they waited, then they got a SECOND marshmallow.

Would you have possessed the discipline as a child to wait patiently? A longitudinal study of the original group discovered that the children who waited for the second marshmallow made better grades in school. In high school, they also earned higher scores on their SATs.

Jim Rohn is a successful businessman and motivational speaker. He observes: We must all suffer from one of two pains: the pain of discipline or the pain of regret. The difference is discipline weighs ounces while regret weighs tons.

Rohn’s words contain both bad news and good news. The bad news is there’s going to be PAIN regardless of our choice—life IS difficult. The good news is we choose what type of pain to experience: the momentary pain of discipline or the lasting pain of regret.

Discipline endures momentary pain for long-term gain. Regret purchases short-term gain at the cost of long-term pain. Eat one marshmallow now or wait for a second one later.

We KNOW what’s better for us. So why don’t people always choose the pain of discipline rather than the pain of regret? Two reasons occur to me:

I’ve become more and more convinced that delayed gratification is a fundamental spiritual principle of the Christian life. God created us a people of passions. Our passions and desires are good gifts from a loving Lord. However, we spend a lifetime determining whether we will control our appetites or our appetites will control us.

The principle of delayed gratification—saying “No” in the short-term for a greater “Yes” in the long-term—applies to every aspect of life: school, work, responsibilities, chores, finances, sexuality, diet, exercise, addictive behavior, and more.

In a fallen world, the bad news is every choice involves pain. The good news is that we choose which type of pain to experience: the pain of discipline or the pain of regret. Discipline weighs ounces and regret tons.

Wait for the second marshmallow!

For those wanting to read more about delayed gratification and procrastination, I recommend a book by Brian Tracy entitled Eat that Frog. Its available at amazon.com for only $8.74.

(During last week’s blog, I listed my favorite movies from 20-11. This week I complete the list with the Top 10. Here we go movie fans!)

10. Father of the Bride. I’m talking about the remake of the classic movie starring Steve Martin and Diane Keaton. The women in my life absolutely LOVE this film, and we’ve literally watched it dozens of times. The sequel (named Father of the Bride 2!) is just as good. I cannot even begin to describe Martin Short’s performance as Franck.

9. Jaws. Steven Spielberg’s classic kept my generation out of the water and on the beach. After seeing the huge shark, Chief Brody delivers one of the greatest lines of all time: “You’re gonna need a bigger boat.”

8. Tootsie. Dustin Hoffman the actor plays an actor who plays an actress for the work. Bill Murray (who appears several times in my Top 20 list) steals several scenes.

7. E. T. Spielberg once again evokes marvel and magic in the hearts of children of all ages. Many have also noted the plot’s parallels to the Gospel story. The main character descends from heaven, performs miracles, heals the sick, dies, miraculously comes back to life, and then ascends into heaven. Sound familiar?

6. Ghostbusters. Any movie that combines the comedic genius of Bill Murray, Dan Aykroyd, Harold Ramis, Rick Moranis, and the Stay-Puff-Marshmallow-Man has got to be good. The sequel . . . not so much. “Who ya’ gonna call? GHOSTBUSTERS!”

5. Alien(s). Terror and sci-fi combine in the original Alien starring Signourney Weaver as a take-no-prisoners heroine. The critter in the movie would devour E. T. in a Martian minute. In a rare occurrence, the sequel (creatively named Aliens) is even better than the original. However, I strongly advise against the rest of the series.

4. Harry Potter and . . . . Pick a movie out of the franchise. So sue me—I’m secure enough in my manhood to admit that I like the Harry Potter novels and movies. My favorite remains the first film that magically portrays Hogwarts School in all its glory.

3. Indiana Jones and . . . . Harrison Ford redefined the action hero genre with his brimmed hat and cracking whip. Movies 1 and 3 in the series rank high—movies 2 and 4 do not deserve the proud name of Indiana Jones.

2. Lord of the Rings and The Hobbit. This is a twofer—actually a sixfer since it combines two trilogies. Yes, I am a confirmed nerd—I’ve read Tolkien’s trilogy along with The Hobbit multiple times (I am embarrassed to publish the exact number). Peter Jackson surpassed all of my expectations with the film versions of the books.

1. Star Wars. I’m talking about the FIRST Star Wars movie back in 1977 before George Lucas started tinkering with the titles and numbers, before CG took over special effects, and before Lucas abandoned any semblance of a plot. Four decades (almost 40 years?!?! OHMYGOSH) later the special effects look dated, but who wouldn’t want a cool light saber and X-Wing fighter?

When it comes to movies, I favor pure escapism. I get enough of real life in my profession. I love comedy, adventure, science fiction, and fantasy. If Bill Murray ever costars with Harrison Ford in a sci-fi adventure set in Middle Earth, then I’ll be the first in line.

Otherwise, I prefer reading a good book. Most of the stuff out of Hollywood is not worth the price of admission.

Periodically, an individual or organization publishes a Greatest Movies’ list. A cursory search on Google uncovered a variety of such attempts. 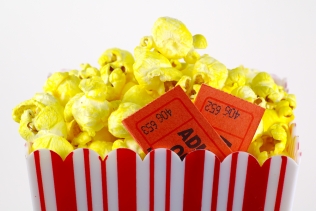 At random, I chose the Top 100 Greatest Movies by the American Film Institute. The organization chose 400 films based upon “historical significance, critical recognition and awards, and popularity determined by box-office revenue, syndication, video sale and rental figures.” Then over 1,500 members of the institute voted on the top 100.

After reviewing the list, I made the surprising discovery that I had seen 41 of the 100 movies listed by the American Film Institution. (OK, 40 and 1/2 —I closed my eyes during the scariest parts of The Sixth Sense!)

As a public service, I am publishing Bill Burch’s Top Twenty Movie List of All Time . . . well, at least for the past century.

20. The Matrix. The sci-fi notion that humans live in virtual, computer-generated reality blew my mind. Consider it a modern retake of the classic children’s book, The Velveteen Rabbit, which poses the question: “What’s real?” Well, except for special effects, high-tech weaponry, and software viruses that will kill you. This franchise would have done well to stop with the original.

17. Forrest Gump. Tom Hanks portrays a simple man whose life shapes the major events of his day. Life really IS like a box of chocolates.

16. Saving Private Ryan. Tom Hanks makes a second appearance in my list as an officer leading a platoon during World War II. I watched transfixed when the movie abruptly shifted from black and white to color during the Normandy D-Day invasion. The scene vividly portrayed the sacrifices of those who fight to protect our freedoms.

15. Die Hard. I hesitated to include the first in the Bruce Willis film franchise due to the language of the uncut version. However, the film redefined the action movie . . . and I’ve never heard Beethoven’s Hymn to Joy in quite the same way again.

14. Caddy Shack. It’s a risqué movie one wouldn’t want to watch with school age children. However, Bill Murray as Carl the Groundskeeper steals the show. I’m laughing as I type this blog, recalling the scene where Carl fantasizes about playing in The Masters while lopping off the tops of flowers. “I got that going for me, which is nice!”

11. The Terminator. Arnold Schwarzenegger stars as a time-traveling robot from the future—need I say more? I must admit the sci-fi flick appears 11th in my list so that I can end this week’s blog with the Arnold’s favorite line: “I’ll be back!”