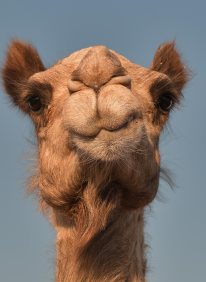 Once upon a time a nobleman left 17 camels to his 3 sons. The eldest brother received one-half of the camels, the middle son one-third, and the youngest boy one-ninth.

None of the boys could make the math work. The three brothers argued vehemently about the solution, and no one would compromise. Finally, they sought the advice of a wise man in the community.

After hearing about their dilemma, the wise man devised an intriguing solution. He gave the three brothers his only camel. The boys now had 18 animals. The oldest brother’s share was one-half or 9 camels. The middle son received one-third or 6 camels. The youngest boy’s share was one-ninth or 2 camels.

After extensive ciphering and cogitating, I still do not understand how the math works in this story. No doubt one can learn many lessons from the tale. Since my experience with camels is thankfully limited, I might be missing the subtler nuances of the fable.

The most impressive point of the story is the character of the wise man. Rather than viewing the situation as a win/lose confrontation, he sought out a win/win solution. In the end, everybody got what he wanted.

In conflict management, the best resolution occurs when everyone wins. The art of compromise is not an act of capitulation or appeasement. Instead, it takes seriously the command to love our neighbor as we love ourselves. The story reminds us that brothers are always more important than camels.

Such a concept has application for individuals, families, churches, communities, and nations. In our personal relationships, seeing a disagreement from the other person’s perspective gives us new understanding. Parents and children who talk with each other defuse explosive situations. Marriages endure when spouses think of themselves as “we” and not just “I.” Churches grow stronger when diversity and difference are cherished.

In the best of all worlds, brothers and sisters would never disagree over trivial things like camels. However, I suppose that would make the story a true fairy tale.