January is a somber, penitential season when we repent of December’s excesses. During the holidays, we indulged in too much of too much. We ate too much food, watched too much television, and spent too much money.

The birth of a New Year inspires resolutions of diet, exercise, and thriftiness. Businesses take advantage of the predictable pattern. A plethora of commercials advertise weight-loss plans, exercise equipment, and credit counseling. 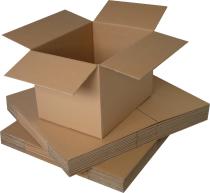 The seasonal cycle reminds me of George Carlin’s routine about “stuff.” Don’t worry—I won’t quote the racier parts of the act! The comedian observed: “A house is just a pile of stuff with a cover on it.” Life revolves around taking care of our stuff.

Before Christmas, everyone scurried around to buy more stuff. Now we buy boxes to store the old stuff so there is room for the new stuff. Closets, attics, and garages are filled to the overflowing, and many people must also rent off-site storage.

Here’s a thought: if we have to box up stuff to make room for more stuff then MAYBE we have too much stuff. I still have things packed in boxes from when we moved two years ago. If something is not used or unpacked after one year, then the chances are good that it’s not really needed it at all.

Most married couples include one saver and one thrower-awayer. The saver squirrels away possessions in the certain knowledge that they will someday be needed or valuable. The thrower-awayer readily tosses anything and everything into the trash, including family heirlooms and important tax documents. Great entertainment can be enjoyed by watching these two personalities prepare for a family yard sale.

The problem with what we own is that what we own often owns us. Rather than possessing possessions, we discover our possessions possess us. Life becomes an endless rat race to accumulate more stuff and then store the extra stuff away.

Jesus told a parable about a farmer who enjoyed a bumper crop year. In fact, the harvest proved too great for his barns. What a wonderful dilemma he faced! So the man decided to build more barns to store the bounty. Then he thought to himself, “I will be able to relax, eat, drink, and be merry!” Yet that very night the man died and his possessions passed on to others. Jesus concluded the story by saying, “This is how it will be with anyone who stores up things for himself but is not rich toward God.”

Worldly things cannot convey lasting fulfillment, contentment, or meaning. Those who invest their lives in things are buying stock in a bankrupt business. Earthly possessions will never fulfill us any more than drinking salt water can quench our thirst. Stuff cannot fill the aching void within our souls. The real choice is not between stuff and more stuff but between the temporal and eternal, the passing and everlasting.

Here’s a New Year’s suggestion: give some stuff away to others in need. In the process, we can help others while lightening our own load. Generosity begets generosity, and we will learn to hold all of our possessions with a lighter grip.

Loving God by loving others through sharing our possessions is THE stuff of life.

8 thoughts on “Stuff for Our Stuff”